The various formations which he followed (early and modern flutes, writing, orchestra conducting…) allowed Jean-Pierre Pinet to specify the double orientation which is his at pr?sent : specialized in the interpr?tation of the baroque music, he plays and also conducts contemporary music. His discography, dedicated to directories highly varied (French baroque music, Bach father and son, Debussy, Roussel, French contemporary music), gives evidence of the curiosity, of the eclecticism and the enthusiasm of which he feeds his work, both as flutist and as conductor.

After studies (writing, flutes, orchestra conducting) which led him in particular from the CNSM of Paris to the Royal Music academy of Brussels (he was the student of the Kuijken brothers there), he was time distinguished during international competitions in Prague, Barcelona, Leipzig, Ancona. He will afterward be invited to play with early music groups (Les Talens lyriques, Le Concert Spirituel, Les Id?es heureuses and La  Chapelle Rh?nane) or of contemporary music (2E2M, TM +).

An important part of his activity concerns moreover the creation, in the head in particular of Atelier Musical de Touraine or Ensemble Stravinsky the music director of which he is…

His projects for the next seasons include the presentation of pieces of Boulez («Le marteau sans ma?tre»), Ligeti (Kammerkonzert) or Berio («Serenade») as well as a work concerning the concept of «historic concert» in the first half of the 19th century, within a new ensemble Les curiosit?s esth?tiques (in «variable geometry» since the duet until the classic orchestral formation) the inaugural concert of which he conducted, in symphonic works of Beethoven and Mendelssohn…

Having been a « charg? de cours » at the University of Montreal where he is invited from now on regularly for conferences or concerts, Jean-Pierre Pinet teaches at present in the the Conservatory Gabriel Piern? of Metz and the Conservatory Darius Milhaud of Aix-en-Provence. 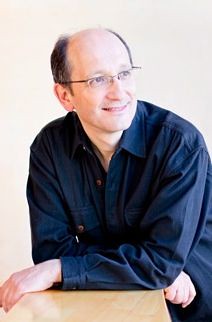