Jean-Fran?ois Novelli’s season 2013-2014 includes scenic productions and concerts. On stage, and within baroque repertoire, he sings in Monteverdi’s Orfeo with Les Nouveaux Caract?res and in Lully’s le Bourgeois Gentilhomme with l’Ensemble Baroque de Limoges (staged by Denis Podalyd?s) ; he also sings op?ra comique, like Auber’s L’Ambassadrice, or Herv?’s l’Elixir with Les Frivolit?s Parisiennes. As for concerts, he is on a tour for Haendel’s Messie, Monteverdi’s V?pres and several baroque music programs, mainly with his own ensemble Les Lunaisiens. Finally he performs in more unusual productions where text, music and humour gather, for instance the fanciful show based on a text by Berlioz R?cital…r?cital ?

He recently was a « multiple fairy » in a project led by Versailles Centre de Musique Baroque de Versailles, for performances in the Ch?teau de Versailles opera, at Paris Cit? de la Musique, at the Arsenal de Metz, among others…

After graduating in musicology (Paris La Sorbonne) and winning the fute Concours G?n?ral, Jean-Fran?ois Novelli shifted to singing and entered Paris Conservatoire National Sup?rieur de Musique et de Danse ; after his graduation, he was awarded as well the title of ADAMI young talent.

He created with Arnaud Marzorati the ensemble Les Lunaisiens, that already released two recordings : Tirannique empire, dedicated to Jean-Baptiste Stuck cantatas, and France 1789 about songs of the French Revolution. A third disc, with mezzo-soprano Isabelle Druet, is to be released by the end of 2014.

He was asked to participate in several radio broadcast, is regularly invited by Versailles Centre de Musique Baroque for programs dedicated to french music, and is always fond of new musical experiences, mixing dramatic play with music or based upon personal writing projects.

Among the highlights of past seasons, he was Ali in Gretry’s Z?mire et Azor and Orph?e in Offenbach’s Orph?e aux Enfers on tour and in Versailles royal opera. He also sang the part of Louis XIV in Ta?wan in production where chinese and french universes met for a fctional meeting between both monarchs : Kangxi et Louis XIV. 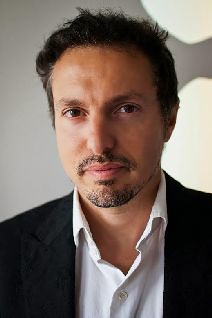