Born in Barcelona (Spain), musical director and researcher, Guillermo P?rez is an internationally recognized organetto player developing an unusual career in the field of early music. His interest in the instrumental repertoires from the 14th and 15th centuries led to the foundation and artistic direction of Tasto Solo.

During the past teen years he has been working regularly with prestigious specialized ensembles including Mala Punica, Micrologus, The Unicorn Ensemble and Diabolus in Musica, recording CDs for Na?ve, Ricercar, Zig-Zag Territoires, Passacaille, Aeon, RaumKlang, Ligia and Pneuma labels as well as for radio broadcasting and television. He has performed in most part of European festivals and concerts venues.

Living in France since 2002 he’s currently teaching medieval music and organetto performance in Toulouse-Le Miral University and the Centre Itin?rant de Recherche sur les Musiques Anciennes in Moissac. As a fellow of the G?ell Foundation he follows the programme “Ars Nova in Europe” researching and preparing new articles about the Robertsbridge, Buxheimer and Lochamer manuscripts. He also lectures and offers workshops at main institutions including the Schola Cantorum Basiliensis, Vienna andMoscow Conservatoires. 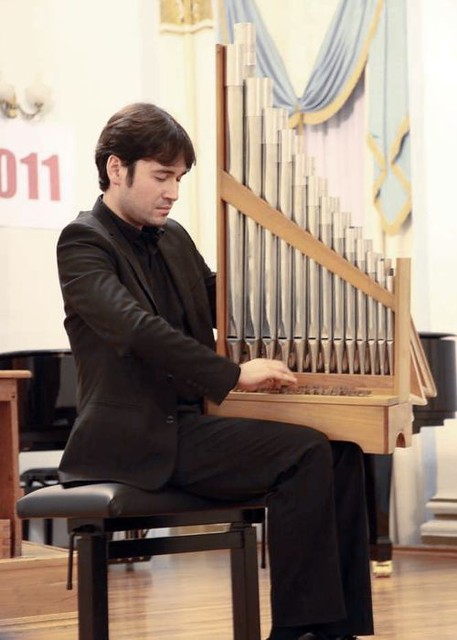