Fascinated Italian music from the 17th century, Jean Tub?ry, began his studies in Toulouse and at the Amsterdam Conservatoire as a recorder player, but later changed to specializing on the cornetto. After studying with Bruce Dickey at the Schola Cantorum Basiliensis, Tub?ry shortly found plenty of work on the cornetto, working with the Clemencic Consort, Les Arts Florissants, Concerto Vocale, Hesperion XXI, and La Petite Bande among many others. In 1990, Tub?ry founded his own group, Ensemble La Fenice, which has proven a dominant force in the European early music scene ever since, an unusual status accorded to a cornetti ensemble.

Ensemble La Fenice has had a hand in many early music recordings, and has recorded for practically all of the European labels that trade in early music. However, the continuing series on Ricercar, The Heritage of Monteverdi, which features Ensemble La Fenice as the central point of focus, has been singled out as one of the group’s, and therefore Tub?ry’s, finest achievements.

Moreover, Jean Tub?ry teaches the cornetto and gives classes of interpretation at the Conservatoire – C.N.R. of Paris and at the Royal Conservatoire of Brussels. He has also been invited to hold master-classes at the national conservatoires of Lyon and Luxemburg, at the European Vocal Center, at the Mannes college of New York, at the summer school of Connecticut (USA) and at the Schola Cantorum of Basel (Switzerland).

In 2001, Jean Tub?ry was appointed «Chevalier de l’ordre des Arts et des Lettres» by the French Minister of Culture Catherine Tasca. He has also been awarded the prestigious distinction «L. Bettencourtprize» for his work with the Namur Chamber Choir (2006).

He has been voted «Personnality of the year» by Le Soir, the Belgian National Newspaper (2007).

In 2008, he has been invited by the National Radio-France Choir to work on sacred music of the 17th century. His recording of Charpentier’s Te Deum is awarded best version by the Classica Magazine in 2010. He is also invited conductor of the choir Arsys Bourgogne for different projects around the Italian Baroque (2010-2013). 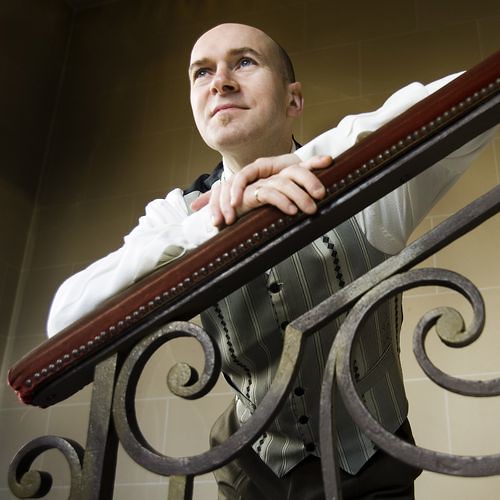